A lot of people have been very kind to me over the last few months. And it freaked me right the fuck out. I don’t know what I did to deserve the sudden success and outpouring of support. I am late, lazy, self indulgent, disorganized, forgetful, I get details wrong, look at my phone too much, and my favorite thing to do is talk, at length, about myself. So much so that I’m pursuing it as a career choice.

But hey I’m not going to tell you who to be nice to. And I’m grateful that it’s me.

I think it speaks to the caliber of person I’ve chosen to surround myself with, really. Kindness takes guts.

You hear certain little pillowcase cutenesses over the course of your life like “catch more bees with honey” or “be the change you want to see in the world.” One of those is Ghandi, can never remember which… 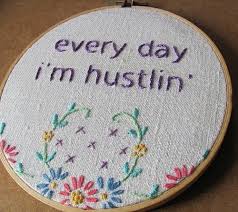 You hear these things about being kind. It sounds really nice and all, so you do it.

Then a few experiences add up over time. You see a manipulative person get ahead, you see a movie with a vindictive character that seems super satisfied with their life, you see a rad leather jacket in the window display at the mall.

You, inevitably, get your kind little heart broken. You spend some time going: “No. You know what? I’m turning over a new leaf! I’m going to get crazy hot and evil and make people do what I want.” You buy a pleather jacket because you’re still on a budget after all. 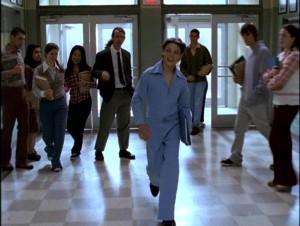 Then you end up smudging your bad ass black eyeliner because you’re face down in a shitty pizza staring at the clock, then at the time your crush “saw” your message, then at instagram, then the clock again.

It’s tempting to start to get caught up in who “deserves” your attention, your affection, and even your tears. But it’s bullshit. There are a tonne of things that need to be earned in this life, but kindness isn’t one of them.

An anecdote related to the subject matter? I like the way you think, kid.

Up until recently I worked at a fancy salon. The night before my working interview (kind of a test shift), I had a terrible fever and stomach flu. I was delirious to the point where I thought I was on an episode of “Cupcake Wars”, which I had been watching a lot at the time. I woke up, got ready in a daze, trying to look as upscale as possible. My bus was late. I panicked. I called, texted and maybe even emailed my new boss. Walking in 5 minutes after the start of my shift, I expected to be reprimanded for being late on my first day. 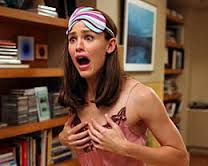 She smiled. She hugged me, and said welcome. She listened thoughtfully to my apology then brushed it away, thanking me for being so diligent with my communication.

It made me want to be good for her. It motivated me to spend 8 god damned hours pretending like I wasn’t quietly throwing up whenever I went to the bathroom.

I wasn’t always great at my job, and she definitely let me know when I wasn’t pulling my weight- but she approached things from another angle. She wanted to know what was up with me, how she could support me, what would make things easier for me.

That attitude won my eternal respect. I started to ask myself about the people who had taken more of a “bad cop” approach toward me. They had my fear, certainly. But my respect? I was beginning to see that I had mistaken one for the other.

It’s not about being a doormat. Advocate for yourself, of course. But if you’re never even trying to see things from someone else’s perspective, why would they ever be inclined to respect you?

Another anecdote? Well if you insist-

Over the summer a comedy festival went down in Winnipeg. It was fresh and exciting it featured a lot of really cool alt comics from all over. I hadn’t been around much (see previous entry) but I figured my resume was looking pretty good and I’d probably get in anyway. I didn’t. The people who did get time were working super hard, showing up to multiple open mics a week and really pounding the pavement.

I was pissy about it for a day. Privately, I vented my frustration to a couple of friends who know how to coddle me even when I’m being dumb, then I decided to do something RADICAL: I supported the shit out of that festival. Because it was a group of locals putting together something new and exciting, damn it! As cool as it would have been to be in it- there wasn’t a single person there who didn’t 100% deserve their spot.

I figured since I’d been out of the loop, I could see it as an opportunity to get jazzed on comedy all over again. 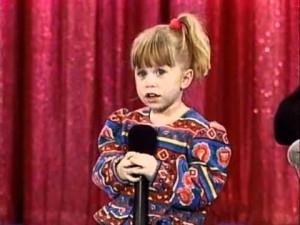 I put together what money I had and was prepared to see a couple of shows.

Then something cool happened.

One of the organizers gave me a free pass and told me he wanted to hear my laugh at more shows. I immersed myself in it completely. I discovered new names, saw old legends, and watched my friends- people who have been to MY HOUSE- share the stage with them. What a trip!

I forgot that I was a comic. I just became a person, being proud of my friends and having a great time.

It’s almost like… not being a dick… was… rewarding somehow. 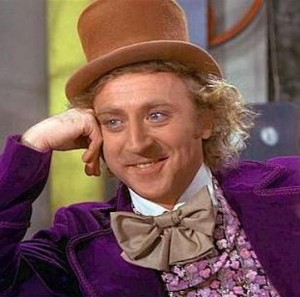 I wasn’t nice for the free ticket, I didn’t imagine that would ever happen. I just chose not to be upset about something that it made no sense to be upset over, and hey- that went pretty well for me.

You can read about that in a book or one of those cross-stitch hoops, but until you actually start DOING it- being kind that is- you wont really get how powerful it can be.

My make-up instructor calls this “adding value to the Universe.”

I mean, I must be doing something right, because I’m eating a free pizza right now. FREE. PIZZA.

But that, my friends- is a story for another day.