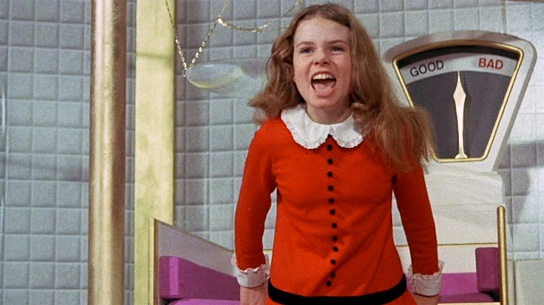 “When you have kids- they’ll have to listen to you.” He said. “Because you’re a complete moral authority.”

That moment resurfaced for me recently. I was 19, in my first ever relationship. And things were so, so different than they are now.

There were a lot of things that gave me something of a superiority complex as a youngster. I had mentally ill people in my life who looked to me as a savior. I had a lot of people tell me I was special and destined for great things. I mean, that’s awesome and everything, that people liked me that much- but being on a pedestal also means you’re on display. It’s a lot for a kid to take on.

I actively enjoyed church- but I had a gay best friend so that I could cover my good person bases. I never tried drugs or snuck out of the house, I told my mom everything- even when I got drunk for the first time at a friend’s cabin. There was literally no one else around- we spent the night playing board games and listening to Meat Loaf LIKE A COUPLE OF HELL HOUNDS. 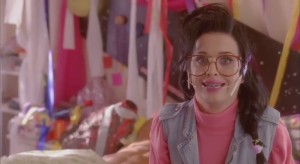 So when the above conversation took place I was still mostly that person. I had touched a penis but it was attached to someone I loved, and he saw me as someone who had “saved” him from a life of  generalized debauchery.

I don’t know if you’ve ever experienced this- but I was insufferable enough to see myself as better than most folks, and I had people confirm it for me on the regular. Once after hating myself down to a size 2, I was lolling about with said gay best friend and we decided we had to whiten our teeth because we were “so close to being perfect.”

What a couple of so and sos, eh?

So I was thinking about that recently because of a text I received from a friend of mine:

“I feel like a grown up. Like anxious and weird and unsure if I can do anything right.”

And that’s what we forget a lot of the time. We see youth as an opportunity to get sloppy and make all of our mistakes and hook up with rock stars until bing! Life makes sense.

I kind of think that’s bullshit. I think the more sure you are, the more you sit on a lily pad in a pool of self satisfaction and tell people the “right thing to do”- the more juvenile you are.

Being a grown up is knowing what you believe, what your values are, and also being open to the fact that you might be full of shit.

And that got me thinking about my New Years Resolution.

I’ve got a few, but this is one I just thought of, and I’m kind of psyched about it. I’m going to eliminate a phrase from my vocabulary: 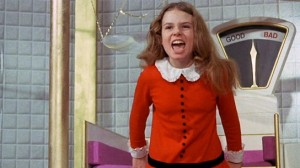 I just let myself look at that phrase for a bit. I’ve rarely typed it, but I’ve said it out loud- a lot. I’ve said awful, awful things about people based on how I feel about their behavior.

I mean there’s going on a rant and then there’s deciding something so final about someone. That label not only says “you hurt me”- it says “you are incapable of NOT hurting people.” It takes away that person’s chance to get help or learn from their mistakes.

Bad people are not nuanced or worth thinking about which feels pretty great when you’d rather not confront the jimmies you’ve got jiggling deep inside.

In 2015 I was labeled as a bad person by someone who I was friends with for a time. Because of my “saintly” past I still struggle with that kind of thing. It’s not like I walk around expecting everyone to like me- but it’s hard to take when I know that there’s someone who truly believes that I’m not worth anyone’s time. I can’t explain or redeem myself- I’m just “bad”.

And that made it really fucking hard for me when one of my “bad” people came out of the woodwork and apologized to me.

It was a nice apology, well worded and compassionate without any cop outs. I had no idea how to react. I felt complicated things about it for maybe… 2 days? Then I convinced myself that I was being manipulated. Oooh that’s nice. Like a sack of cold peas on a burn that was. Yes. Numb out the uncertainty. 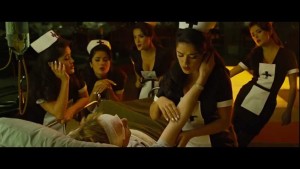 But then I thought about my “bad person” label. It wasn’t untrue. I had messed up with that person. Did that negate every nice thing? Was I so deep in moral over draft that every kind word, every good deed, every favor… that was all just going into a void? Of course not.

So I slowly, reluctantly, and petulantly tested out a friendship with this fellow bad person. It was difficult at first, like walking through peanut butter.

So I’m not saying that everyone should be friends with everyone. There are people with whom the best solution is to just not engage. And OF COURSE- if someone acted in a way that was violent or abusive toward you- it is certainly within your right to do what you need to do to protect yourself. I hope we all know I’m not talking about extreme behavior here.

I think a lot of the time when someone is “bad” to us, it’s not our job to decide that they can never be good to someone else. That all of their other contributions don’t matter.

As an adult I’m finding that very few things fit into categories. Conversations are longer and more in depth than they used to be, decisions take more thought than they did before, and the social circles I run in take on all kinds of constantly evolving and not quite perfectly planned out shapes.

In summation, if this year of my life were a chapter I’d call it “I don’t know anything and that’s good.” Now lets clasp our bad hands together and groove to the discord. 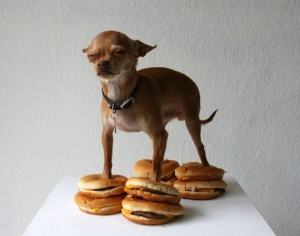