There’s this kind of funny thing where in the world of performers, especially those with an interest in comedy, it’s common to talk and joke about our emotional quirks. It makes sense that a lot of us suffer from mental health issues, because as creatives we probably didn’t fit into certain pre-determined “rights” growing up; the right way to learn, the right ages for certain milestones, the right jobs etc.

I recently listened to an NPR podcast called “Invisibilia” that had a pretty profound effect on me. I could talk for hours about that, but the bit that I’ll focus on here is the episode about Daniel Tish. He’s this blind dude that can “see” the world around him by clicking his tongue and listening to the way it reverbs off of things around him. Like a dolphin, or a bat.

He now teaches blind people to develop this ability. He doesn’t see it as special or superhuman- it’s the way that the world makes sense to him. He had a lot of interesting things to say, but the one that struck me the most was this idea:

There’s nothing wrong with being blind. As in, it isn’t a problem to be fixed. Because we see sight as “normal” we often coddle those without it, teaching them to rely heavily on us to guide and support them when in fact they have the capacity to be quite self sufficient. (Obviously I’m painting this with a broad brush and realize that individual cases may vary.)

So here’s the important question to a narcissist such as myself- How does this relate to me? Well, a great deal actually. For a long time I suffered with the worst ailment of all- it’s called being a smug asshole. You probably know a smug asshole, or may be one yourself. Hundreds of us exist in your school, workplace, or home and may go un-diagnosed for years. 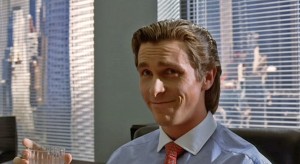 So I’ve often been told I’m very self aware. I own that title like a trophy. If I had a mantle, it would be front and centre. Self Aware. It has a nice ring to it. Given the chance, I can understand both sides to many arguments and because I have the ability to say “I understand ___ but I feel ___” I tend to come out on top a lot when disagreeing with someone. I’m quite emotional but can use logic to explain those emotions so I’m often seen as very emotionally intelligent- another one for the mantle.

But the problem with that is I don’t often address my mental health issues. I’m aware of them, so I figure that’s enough. But I’m completely aware of a lot of things. For example, one of my neighbors likes to play drums. He plays them all day long sometimes without stopping. I begrudgingly admit that he is getting quite good at drums, but that is a story for another day. The point is I know exactly what’s happening, I know why it upsets me, but he’s going to keep on drumming until someone tells him to stop, calls the police, or passive aggressively leaves a tutorial for DIY soundproofing in his mailbox.

The thing about mental health issues is if you ignore them- they get louder and more inconvenient.

And this time it blind sided me because I’ve been pretty much killing it lately. In 2015 I learned to be more self sufficient, I went on a couple of adventures, things went well for me performance/writing-wise, I went to makeup school, I was given a grant to make a short film, I made some awesome new friends, I started planning a move to Toronto…

But that doesn’t explain my room. Whether I’d like to admit it or not- I can always tell how I’m doing by the state of my bedroom. Over the last few weeks I let it get messy. Teenager messy. Ankle deep in clothes messy. I haven’t made my bed presentable in a while. I haven’t felt particularly attractive in a while. I’ve been showing up late for things or sometimes forgetting about them entirely.

Because I’ve been jazzed on life- I can write these things off as cute little personality quirks. That’s just the kind of gal I am- which is true… but not completely.

So the drumming got louder.

There is that saying- like attracts like, but I only say that when the thing I’m attracting pleases me. When it’s someone who speaks quickly, peppering every statement with an ocean of uncertainty- I believe that this person has a serious issue and was probably drawn to me because I’m so like, serene and shit. Yeah, that’s right. Like attracts like. Unless opposites attract. Whichever is more convenient at the time. 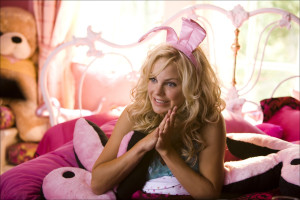 And yeah, maybe I’d been a *tad* anxious at my old job because the level of commitment was daunting- but I was at a new job now. Certainly I didn’t have a pre-existing issue with becoming overwhelmed. Certainly I wasn’t just now feeling the effects of 2 very intense years that put me on auto pilot. Certainly I don’t have issues with…

Then last night I had a panic attack in the bathroom at a bar.

I knew I didn’t want to be there. I got all grumpy at the thought of being there, but it was suddenly where everyone I wanted to be around was going to be. So I went there. And I got increasingly grumpy about it until I got inside and immediately went to every grumpy girl’s sanctuary: the bathroom. And I had myself a little panic.

Pretty sure that’s what it was. I’d been having these little “hiccups” at my old job where I would sort of hyper ventilate for like, 2 seconds and then continue on with whatever I was doing. Sometimes I’d think about something embarrassing or an awkward conversation, or a mistake I’d made- and I’d get this little auditory gasp.

And now it was like that all over my face. Luckily I have a lot of friends who are very open with their mental health issues so I recognized it for what it was, went home, and talked to some people about it.

And then this morning I did it. I did something one should never do. And it actually went ok.

“I have difficulty with transitions”

It’s something I’ve started saying lately because I’m kind of getting used to owning it. Doesn’t quite fit on that mantle. I think of myself as a fun “say yes” person. And I am in some circumstances.

But I never liked jumping into pools. As a kid, that was a huge deal. I actively avoided swimming lessons because I heard they make you jump into the pool. Nope. Big nope. I always wanted to slowly crawl down the pool stairs and have a nice soak like an 80 year old woman.

Attempts to force me to “face my fear” have always been misguided and gone horribly. I’m not frightened. I’m just… I like slow transitions. I used to love school dances because I usually had a whole month to plan my outfit, and prepare myself for the social situation ahead.

So what happens when you google “I have difficulty with transitions”?

OH- that thing we all joke about in my family, that thing we all say in a breezy tone whenever we space out MID SENTENCE? That thing that I always knew was happening but never addressed? When I was a kid there used to be this commercial for adult ADD. I guess not *for* it but you know what I mean. There was this lady in a meeting at work, and she was “paying attention” but in her head there was like all these random images. A birthday cake, a person in a bunny suit- and I remember it striking me as odd because isn’t that just what brains do when you sit still and listen to people talk? 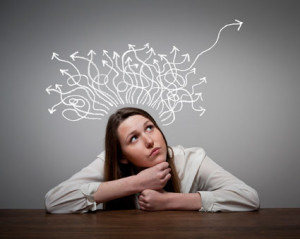 Luckily I was too shallow to let it worry me for too long.

I’m uncomfortable around anxious people. Most likely because they mirror what’s going on in my head- a bunch of hissing loose wires just synapsing all over the bloody place.

So what does that mean? I always kinda knew this about myself. I just didn’t like… do anything about it. Coffee helps. Making lists helps. Talking helps.

I guess the next thing will be to go to an official doctor and beyond that… stay tuned.

In a round about way, this is my way of telling you my NEW YEAR’S RESOLUTION: 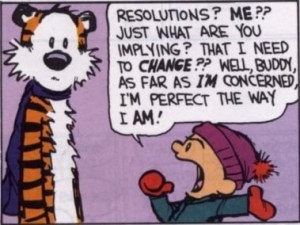 I’m no longer going to put health concerns on the back burner. I’m going to take care of it all. Well, I’m going to address it at least. I’m going to stop thinking that it’s “cute” when I’m a mess.

Things I know about myself that I consistently ignore: