I haven’t been updating much because I was lacking in time, privacy, and a personal computer. But here I am with all of those things! How exciting for you. I really do want to be someone who keeps up with my blog. If I can’t at the very least be that, then what can I be- dear reader?

Which, I suppose, is where this story begins. I’ve got a lot to say about the last 2 years and here’s the first bit.

I’ve spent a lot of time being slightly better than average at a lot of things. In my twenties I lacked drive, and had zero work ethic. There was passion to spare, but no framework to pour that into. So I’d kind of get super into something for a while. Say screenwriting. I’d shit out a script, email it to my friends and sit back waiting for the fat stacks to roll in. Spoiler alert: that’s not how anything works. So I tried and failed without ever really trying. A lot.

At some point, during a hot yoga class (great name for my bio, if anyone’s interested); One of my fave teachers was talking about discipline. I rejected that word at the time. I was all go with the flow, man. Discipline meant being one of those people who “needs” coffee in the morning and “needs” a drink to relax. I couldn’t abide by that shit, man. I just “needed” fresh air and water and sunshine. I hate 20 something year old me. 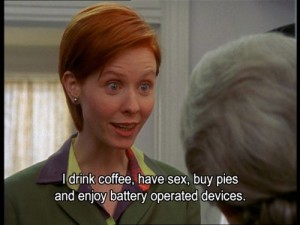 So my teacher was talking about discipline and he was saying how it actually means freedom. For example, his dog was very well trained therefore he could take his dog anywhere. She even hung out at the studio in the lounge during classes. A less disciplined dog would have to stay at home.

At the time I was just kinda like “fuck you I’m not a dog” and kept Savasana-ing my sexy stress free slacker ass off. 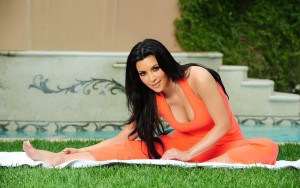 So I fell into Stand-Up Comedy at some point and it was sorta this hobby that escalated. At first I would say anything on stage to get a laugh. I really regret some of what I’ve tried to pass off as comedy writing. I pity people who get real successful in their first couple of years because they never get the chance to hide out in a cold, shitty city and fail in front of their new best friends. That’s what makes for good writing, in my opinion. Failure. Different flavors of it every day. And knowing enough talented people well enough that you’re getting honest opinions.

After a cupla years I came to the realization that this was what I wanted to do. A lot. I’d made the best friends I’ve ever had, I really cultivated the side of my personality I like the most, it started to make me a better actor, and I got hella laid (“hella” being a relative term).

Not that I didn’t want all that other stuff I was halfway good at. I just found the missing piece that tied them all together.

But getting into stand up, it was kinda like meeting “the one” before you’re ready. You date, but you can’t fully commit to them, and you wouldn’t want to be casual because you like them so much more than that, but blah blah blah.

I couldn’t keep working part time on midnight candy trains (not a euphemism), living at home, and blogging about my ex boyfriends hoping someone would pay me for it. (Sex and the City ruined women my age group and older by telling us we could get paid to be shitty at relationships)

So I started thinking about ways that I could make room in my life to treat comedy, and my creative life in general, the way it deserved to be treated. 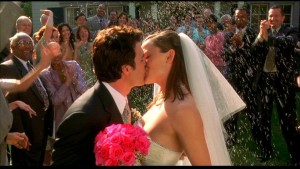 And that has been a consuming task. I know the level that I want to write to. I know what I need to write at that level.

I need a lot of time and privacy, which costs money. Privacy because you need to pay for those walls around you and time because living isn’t free, I guess (did I just turn into a blues musician kinda? Maybe). So I needed to figure out how to have money, and time, and privacy.

I, like I had before during a brief spurt of productivity, sat down and thought about what would work for me as a day job. Only this time I was armed with experience and the knowledge that it wasn’t going to happen overnight. I had a few ideas, and I started sending out resumes.

I’d developed these little rules for myself:

So ANYWAY. I had a busy fucking year, and I’ve started on a day job path that I’m pretty confident in: Make-Up Artistry. It’s something I’ve always loved and enjoyed helping people with, and though I know it can be stressful it would feel decidedly less “job-y” to me, which plays a big part in whether or not I’m able to write. Because having a regular job messes with my like, energy, man.

As I build my skill set and meet clients I can make more money in less time (hey, those were two of the things I needed!) and I can continue to pay rent which helps with that whole privacy thing.

“So you used to be a comedian and now you do make-up. That’s random.”

Thanks, every person I’ve talked to in the last couple of weeks! I never stopped being interested in stand-up. I just spent some time figuring out how to give myself the freedom to do it my way. Doing people’s make-up makes me better because I spend all day interacting with people, collecting stories, laughing, making little synapses go ping ping ping. And the more I do it the better I get at it. And the better I get at it the more time I have to myself to synthesize those little pings into the kinds of jokes I want to tell, the kind of stage presence I want to have, the kind of life I want to live etc.

Why did I write this all out?

I guess I’d like young creatives to know something. Or any creative folks I guess. I spent so many years avoiding anything that might “take too long” or “wasn’t related to performing”. Does it feed your spirit? Is it an applicable skill? Do it. Do it now.

I had such an idea of how important my time was. I needed it. Maybe back then I did. It’s probably ok that I was a slacker because I learned from it and everything. But hey. Listen. I learned a thing. Maybe you can learn it faster than me.

Sometimes you’re gonna miss out on some shit right now to make shit better for yourself later. It’s like laying out your clothes before bedtime and putting rice in a little tupperware and all those tedious things. You’ll thank yourself.

See ya next week, folks!